Commonly known as spiders, arachnids have eight legs, two body segments and, typically, poor vision, despite having three or four pair of eyes. There are exceptions, however, such as the jumping spider, whose vision is extraordinarily good.

Spiders don’t chew their food because they don’t have the facial apparatus to do so. Rather, they break it down with digestive enzymes in their saliva, in part because spider stomachs aren’t wide enough to handle large food particles. There is only one known herbivorous spider; the rest are predators.

Spiders make their webs out of silk, which is sticky, stretchy and strong. The webs are used for hanging egg sacs and as a lining for their dwellings. The construction of the webs varies by size and shape according to species, some appearing orderly, some messy, some round, some funnel-shaped. There are some spiders that burrow for their homes instead of constructing webs, and still others who roam from crevice to crevice.

How Do They Get Into a House?

Usually by just walking straight in, though an open or poorly screened window or door, and through caps around door and window frames. They don’t enter homes looking for housing so much as looking for food. They’ll also get inside as stowaways in boxes or other items taken from outside into the home.

The southern black widow spider is shiny and black.

Females have a red, hourglass-shaped marking on their belly.

Black Widow spiders are among a select few that are dangerous to humans from a medical perspective.

They have painful bites.

Brown widows are gray or brown.

They have the same hourglass markings, but they are on the top of the abdomen and are yellow or orange.

Like the black widow, the brown widow is dangerous to humans.

Fully grown brown widows grow to between 1 and 1 ½ inches.

As the name suggests, wolf spiders and big and hairy, in wolf-like colors (brown, gray, black).

They look scary, but avoid biting humans unless backed into a corner.

They can grow anywhere from a half-inch to 2 inches in length.

Wolf spiders aren’t poisonous, though some people have reactions to their bite.

Brightly colored and ornate, they are one of the most visually striking spiders.

They have compact bodies with short legs and huge eyes.

Usually less than a half inch in length.

Do most of their hunting during the day and as a result are often seen by humans.

Or submit a request online 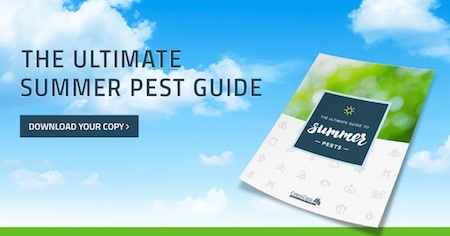